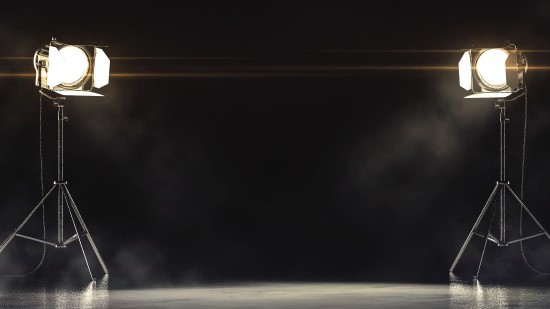 Film-themed travel can give a trip an extra level of intrigue and excitement, but it can be difficult to plan a getaway revolving around one central theme. To help, we’ve collated some of the best movie related travel destinations to help inspire your next charter with us.

At Air Charter Service, we manage your charter from start to finish to deliver a truly exclusive experience. This personalisation begins from the moment you get to the airport. From branded check-in desks to specialised on-board food, drink and entertainment, we can facilitate a range of demands to ensure each charter is unique.

Including all the travel logistics, we can also organise:

Grossing around $10 billion (US) at the box office over the franchise’s lifetime, Star Wars is one of the most well-known movie series ever created. Whether you're a fan or not, seeing some of the original sets used in these films can be an adventure in itself - largely because of their location in the Tunisian desert.

Indeed, this country’s desolate landscape was used for the planet of Tatooine, where the character of Luke Skywalker was raised. Many of these sets, some erected over 40 years ago, still reside here and welcome thousands of tourists every year.

The majority of these locations lie deep in the desert, making Tunisian public transport as a mode of exploration unrealistic. The trip, therefore, lends itself perfectly to an exclusively arranged tour - one that is expertly created for optimum enjoyment.

Let us help you plan this. Call our dedicated account managers to arrange an aircraft charter and tour to these otherworldly locations.

On the island of St Vincent and the Grenadines lie some of the spectacular views used in the movies, while Wallilabou Bay holds the pirate port of Port Royal, named after the original port that once existed in Jamaica. If you travel to this former British colony now you’ll find yet more sites used for these movies, including at its capital, Kingston.

One fantastic aspect about a Pirates of the Caribbean themed trip is the location itself. In between seeing the sets and the sites, travellers can revel in the beautiful weather, sunbathe on some of the best beaches in the world, or snorkel around bountiful reefs. There are also a range of five-star resorts ready to pamper weary holiday-makers at the end of an action-filled day.

To see all these locations, however, requires some level of island hopping via air travel. Travelling privately means you never have to worry about missing a connection or changing your schedule. It also takes the hassle out of customs and baggage allowances - allowing passengers to maintain a level of relaxation and exclusivity a trip to this part of the world deserves.

From Sex and the City to Birdman, New York City has played home to a jaw-dropping number of tv shows and movies. Taking a private movie tour around these towering blocks allows travelers to sit back and relax amongst the hustle and bustle of Manhattan's busy streets.

What’s also unique about these tours is that passengers won’t just be taken around the usual sights, but rather the neighbourhoods that make up this metropolis such as Greenwich Village, Chelsea, SoHo and Tribeca.

To ensure luxury is enjoyed throughout, we can help arrange an aircraft charter to one of New York’s nearby airports, as well as airport pickup to whisk passengers away to their hotel or straight to their exclusive movie tour in the Big Apple.

Harry Potter, Sherlock Holmes, James Bond. Some of the world’s biggest movies have been filmed in England’s capital and its surrounding towns - and there are a plethora of movie tours to celebrate this.

Get picked up from the airport in a private vehicle and immerse yourself for the day in witchcraft and wizardry. A short trip to Watford will take passengers to Warner Bros Studios and to some of the legendary sets where the franchise was filmed. The excursion then heads back to London and Kings Cross Station, where platform 9 ¾ can be found.

Or, remain in London throughout the day and learn about the history of one of Scotland Yard’s most coveted detectives. Guided tours of the film locations, literary sites and inspirations from the book, film and TV adventures of Sherlock Holmes is a great way to see parts of this sprawling city. Incorporate this with an exclusive tour of some of the sites where James Bond was filmed, including the most recent movie ‘No Time To Die’.

When your London tour has ended, you’re spoilt for choice as to what to do next. Whether that's to go to a luxury bar, see a theatre performance on the West End (maybe even Harry Potter and the Cursed Child!), enjoy a Michelin-Starred restaurant or simply head back to some first-class accommodation - your experience in London is far from over.

For a tropical adventure, the film sites of one of Steven Spielberg’s biggest franchises can be found on the Hawaiian island of Oahu. Explore the vast jungles of the Kualoa, Hakipu’u and Ka’a’awa Valleys and discover all the sets from the sequel, Jurassic World, like the Indominus Rex Paddock or the cages used in Jurassic World: Fallen Kingdom. You can even choose to take to the skies for a private helicopter tour of the island to see all the major film sites from above.

Want to include another TV epic on this tour? Nearly all of the film sites from the award-winning series Lost can be discovered throughout the islands of Hawaii. Demonstrating the truly diverse landscape that is found here, even the scenes set in Thailand, Korea and Africa were filmed on these islands.

Of course, a pre-arranged charter is the easiest, most exclusive way to see these grand locations - especially if you’re island hopping. Call our dedicated account managers and we’ll help arrange your itinerary.

If you would like to find out more about aircraft charters to these film locations, please speak to our team. We’d also be happy to speak to you about your other options for flexible, cost-effective jet charter, like our Jet Card that offers benefits unsurpassed by any other product on the private aviation market.

View our other packages