Leading private jet specialist, Air Charter Service, has said that in the first half of its financial year the company saw an increase in private jet bookings from its UK office of 8%.https://aircharterservice-globalcontent-live.cphostaccess.com/images/news/pjets-first-half-of-the-year-pr_tcm87-55914.jpg 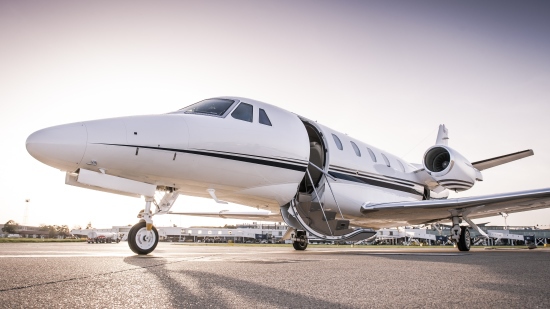 Leading private jet specialist, Air Charter Service, has said that in the first half of its financial year the company saw an increase in private jet bookings from its UK office of 8%. This is compared to industry-wide WingX statistics showing that private jet flights into and out of the UK were down by 5.4% over the same six months.

Andy Christie, Air Charter Service’s Global Director of Private Jets, said: “We had a very good first half of the year, considering the market is in decline, with more than 1,300 private jet charter flights arranged just from our London HQ over the six month period. The increase of 8% is even more impressive when you take into consideration WingX’s figures for the UK and when compared to the worldwide industry as a whole, which has grown by just 2%.

“It may seem somewhat surprising that the team is doing so well, as the economic and political situation in the UK at the moment has led to cuts in spending in many sectors whilst the country waits to find out what will happen with Brexit. As opposed to the increase being due to a buoyant market, it appears that we are simply gaining substantial market share.

“Our revenue from private jet sales across all 25 of our worldwide offices saw a similar increase, with ACS’s global revenue across all markets in the six months to the end of July totalling £247.3million ($300m). Our new offices in the US – San Francisco and Atlanta – have both had great starts to the year and are ahead of expectations. All of our offices in the APAC region are also outperforming last year and our new operation in Shanghai is doing well in its first year.”

Christie concluded: “We are hoping that the UK will stabilise a little after October 31st, increasing the amount of private jet traffic into and out of the UK. In the meantime we are pleased to have grown market share and we are confident that the global upward trend for both ACS and the industry as a whole will continue into the second half of the year.”

Air Charter Service is a global aircraft charter broker with 25 worldwide offices, spanning all six major continents and we offer private jet, commercial airliner and cargo aircraft charters, as well as onboard courier solutions. We arrange more than 16,000 contracts annually with revenue of close to 700 million dollars. We were formed in 1990 by Chairman Chris Leach and CEO Justin Bowman in the basement of a house, and we now employ more than 500 staff worldwide.

For more information, an interview or additional images please contact: